Thanks to your continued support as Patreon Backers, we’ve developed an amazing script for JourneyQuest Season 4 and are gearing up to launch our Kickstarter for this project on May 28th. 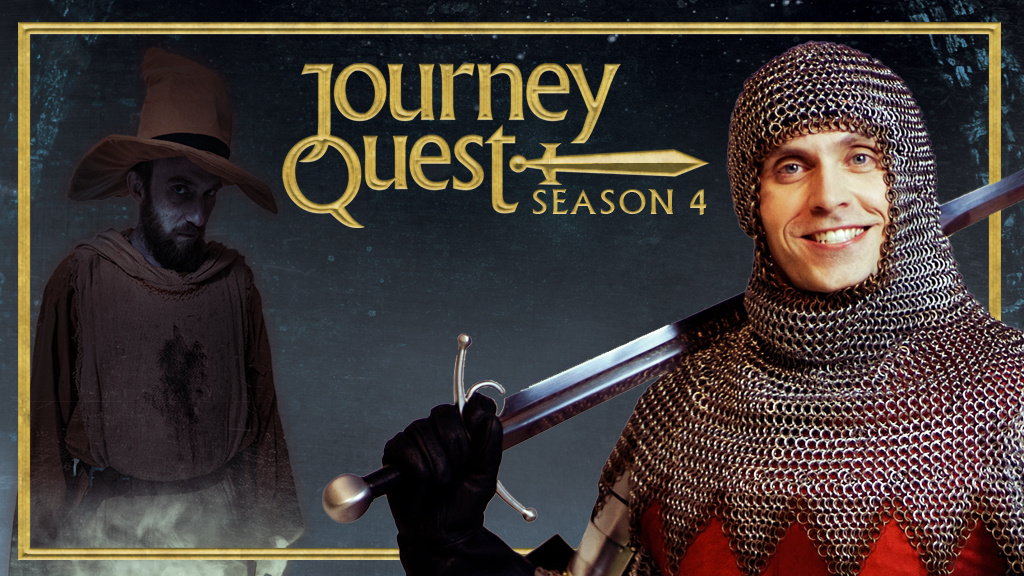 What does this mean for Patreon backers if we hit our Kickstarter goal?

2) Patreon supporters will receive the social Quest Rewards from the campaign as we create these items (including the Epic Hero of Fartherall level). This includes three JourneyQuest ringtones, a PDF of JourneyQuest inspired recipes from the Gluttonous Geek, the “Riddle Pillar Master” digital wallpaper, and Bard’s College Certificate of Graduation PDF.  You get this automatically as Patreon Supporters.  (But please feel free to help spread the word–you’re our biggest advocates and supporters!)

3) Additionally, we invite you to join us for the Most Victorious Character bracket game that will be happening on social media for the duration of the Kickstarter.  Every week we’ll ask for your votes on which JourneyQuest character would win in their bracket matchup. We’ll discuss the round winners on weekly livestream events and immediately poll the next matchup live. This should be a fun event and I hope everyone will want to participate!

5) Many of the reward items will also be available during our year-end Patreon Backerkit sale, where Patrons at the $10 level and higher receive 50% off.

You’re more than welcome to pledge to the campaign, or if you prefer to wait until afterwards to watch on TFN and/or grab just the rewards that you want in BackerKit, we’ll make sure that option is available to you.

Need to catch up on JourneyQuest? We have seasons 1, 2, 3, and 3.5 streaming worldwide on The Fantasy Network! (Having problems accessing your Fantasy Network account? Let us know and we’ll make sure you can get in.)