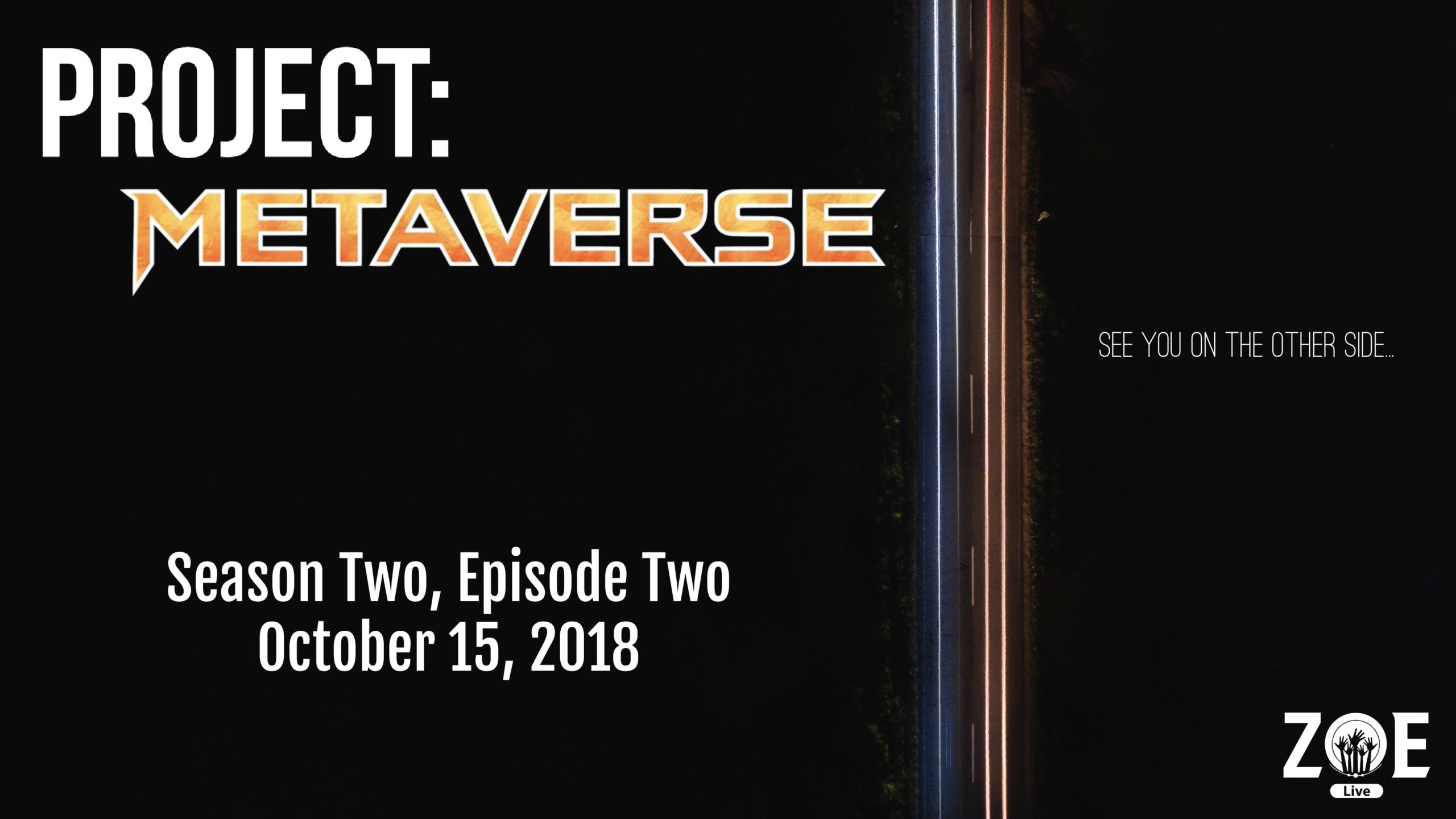 It’s Monday and that means it’s Metaverse Day! Tonight at 6pm PT join us for the second arc in Porject: Metaverse, our original live streamed RPG, exclusively on http://twitch.tv/zombieorpheus! Project: Metaverse is having a four week run with Masters Of The Metaverse returning after.

Last Monday, we went returned to the Kingdom of Yosemite and learned more about T.O.M….

It’s been some time since the events of Sentinel City. Andi Jaymes has been working with TOM, traveling to New York City with a man named Bruno, to London with a man named Cole, meeting with mercenaries, gathering passports, credit cards, anything that TOM needs her to do. She makes her way to Africa and comes upon an ancient chamber. Inside, she finds a cave painting depicting a domed city, an individual with thousands of duplicates, and the end of the world. She steps up to a pillar and places her hand on it, transporting instantly to TOM inside the metaverse. Meanwhile, the other pilots have been in lockdown with any attempts at uncovering the truth constantly frustrated. One night they receive a message from TOM and head for the lowest basement level while what sounds like an all out assault rages on above them. As they descend deeper and deeper, they could swear they hear a man calling out for someone named Eli Stone. In the basement level, the pilots find five metapods but one is terribly damaged with what looks like machine gun fire. Stepping into the pods they too are transported into the metaverse, reuniting with TOM and Andi. TOM reveals that he is neither AI nor a Program creation. He made himself. The Founders and The Program are in his estimation squabbling children who have lost sight of the bigger threat. A threat on the scale of an apocalypse is coming for the metaverse and he needs the piltos to help him save everything. They must catch up to the other team of pilots and in order to do that, they must follow their trail…which leads them to the Kingdom of Yosemite. In the bodies of four disgraced Confederate generals, one of whom killed Benjamin Franklin, the pilots must run from Richard Gatling, Johnny Appleseed, and their forces in order to avoid a court martial and the hangman’s noose. They dodge strange and twisted creations from Edison’s graveyard, floods, and disappearing pants. Eventually, they stumble upon an abandoned house. The floors are splattered with old blood and the door has been clawed off it’s hinges. The group decides to sleep in the barn for the night and when they awake they hear the sounds of many men and horses just outside their door.

Who are the men outside the barn? What secrets does T.O.M. still hold? Can our pilots save their avatars? Tune in at 6pm PT on http://twitch.tv/zombieorpheus to see what happens next!