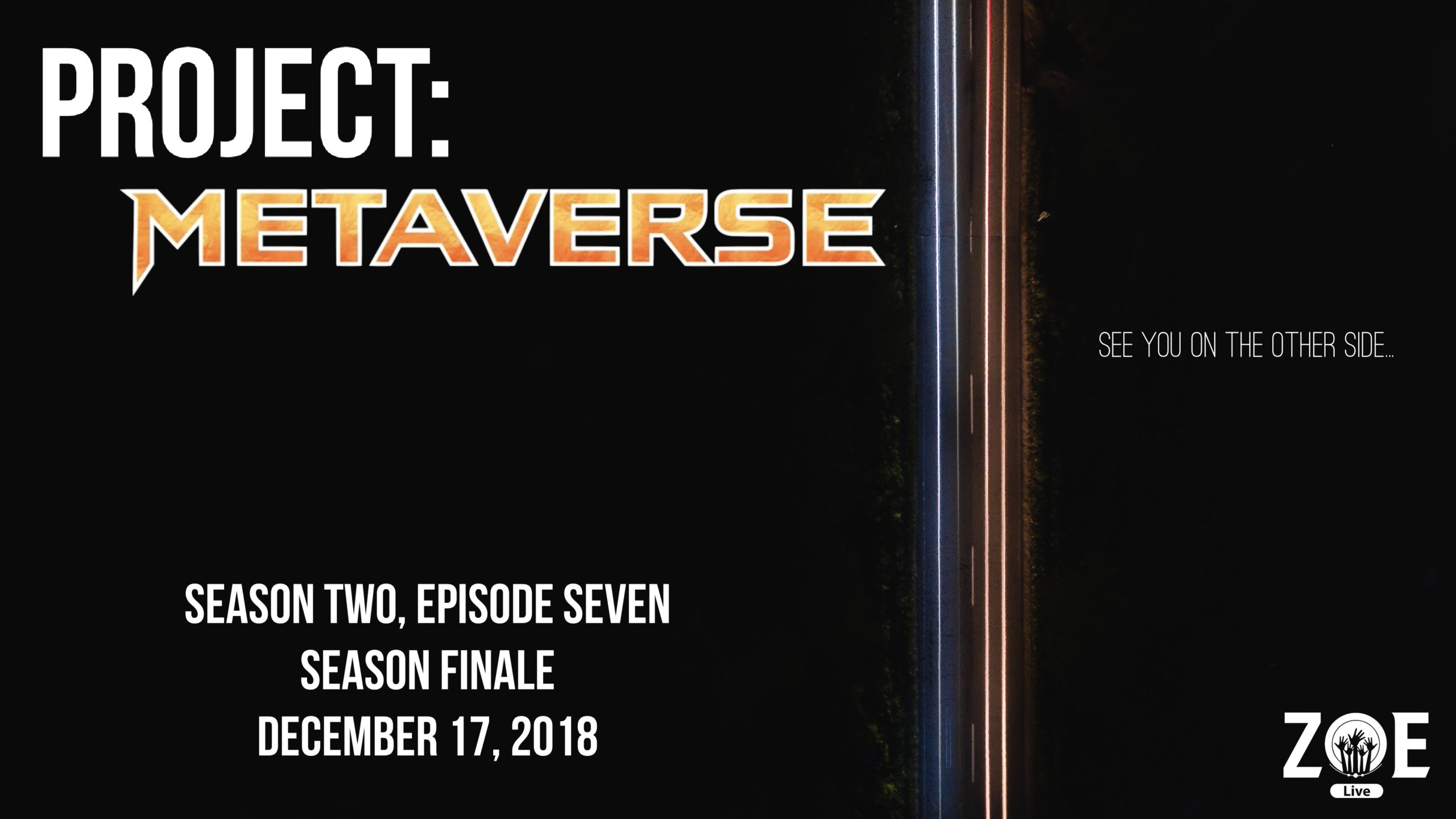 Last Monday, the dark creatures revealed themselves and even more secrets were uncovered…

The darkness fades and Wyatt, Andi, and Maddox find themselves in a mysterious room surrounded by hundreds of boxes. Inside each box is a child, tormented by their own personal nightmare. In the three closest boxes, the pilots find Angel, Bobby, and Lizzie. Before they can react a sudden sound announces the arrival of a new sort of evil. Impossibly pale, thin, and long, the being calls himself Harvester, and this is his “masterpiece”. It seems that the Harvester is feeding off the essence of the children and is toying with them to make the meal all the sweeter. But he is curious about the pilots…and TOM. He specifically doesn’t like TOM, but before the pilots can discover more the Bobbletom gives out a shriek and the world shatters like a mirror. The pilots wake up, back in the bodies of the children, only to discover that Lizzie is being pulled up into the ceiling by a giant spider, who looks an awful lot like Harvester. Bobby discovers the true capabilities of his gun, while Angel utilizes some of Andi’s speed and strength. Lizzie is rescued and the three fight back against the demonic insect. They manage to force him into a retreat and as he vanishes, TOM appears. He is concerned about this not Metaverse that should not exist. While he cannot provide much information, he does have one piece of advice. Keep moving. He encourages the pilots to stay together, telling them that they are strong and are capable of surviving. TOM disappears in search of more information while the others board a small train that was waiting nearby. On board the train, they discover a wooden locker with the names of three children, Mikey, Sarah, and Johnathan carved inside. Beside the names are twenty-two hash marks and a crudely scratched map of Toyland. They also find a quill pen, some marbles, and a Yoda toy. The engine enters a tunnel where the group is attacked by hungry pieces of clay who are turned to the side of friendship thanks to Angel and her tea party. The train travels on until they reach an area marked on the map as Candytown. Once there, the track is blocked by icing and candy forcing the team to disembark. The town is nearly destroyed and a partially maimed gingerbread man approaches them. He tells of monsters that come to eat them and laugh as they do so, pleading with the pilots to help save them all. Angel holds up the mirror to reveal that the gingerbread people of this town are actually children, all injured and yet still surprisingly alive…as if they cannot die. Just then the sound of rumbling alerts them to the approach of several large jawbreakers who attack the town. Before rushing into battle, two loot boxes are opened revealing a jackhammer and a container of rocket fuel. Bobby’s gun and the rocket fuel, along with a flaming gumdrop, prove very effective against the monsters and they are soon run off. Bobby begins working with the jackhammer to find out what lies beneath the sugar and frosting, when Harvester appears and pulls the tool away from him. The hole left by the jackhammer reveals a deep gray nothing…that seems to point in the direction of the great tower on the horizon. Approaching the front door of the tower, the children hear the sound of hammering and spot a creature at the top of one of the turrets, seemingly carving in the fondant. Angel shines a light in his eye, angering him, but any attack is diverted as soon as he sees the quill. Angel gives it to him, and the creature becomes a little boy who vanishes into light…free at last. Climbing to the top of the tower the group finds a candy garden complete with a giant white chocolate tree. Another loot box is opened, revealing they’re very own H Bomb. The group begins climbing the tree, higher and higher, when a long red licorice snake wends its way down toward them. The snake is blind and all three children hold as still as still. Maddox notices that the snake, while still solid, seems to be fading. She has no more time to think on this as Harvester suddenly appears overhead. Seemingly having tired of this game, he reaches down and stabs into Angel before flinging her off the tree and out into the nothingness beyond. At the very last moment there is a flash of light and a Hawaiian shirt and Angel is gone. Andi sees a flash of an abandoned shed or building, a single light bulb in the center before everything goes white. Angel is standing next to her, holding her hand. Angel introduces herself as Angela Hamilton before Andi sees a vision of Angel sleeping in her garden amongst her faerie tea party. Andi wakes up on the floor of the cave in Africa, mouth dry and stomach empty. As her eyes adjusts, she realizes she is not alone. Cole looks up from sharpening his knife and smiles. “‘Ello,luv.”

Can TOM help the team in time? What has happened to Andi? And Brony? Tune in at 6pm PT on http://twitch.tv/zombieorpheus to see what happens!