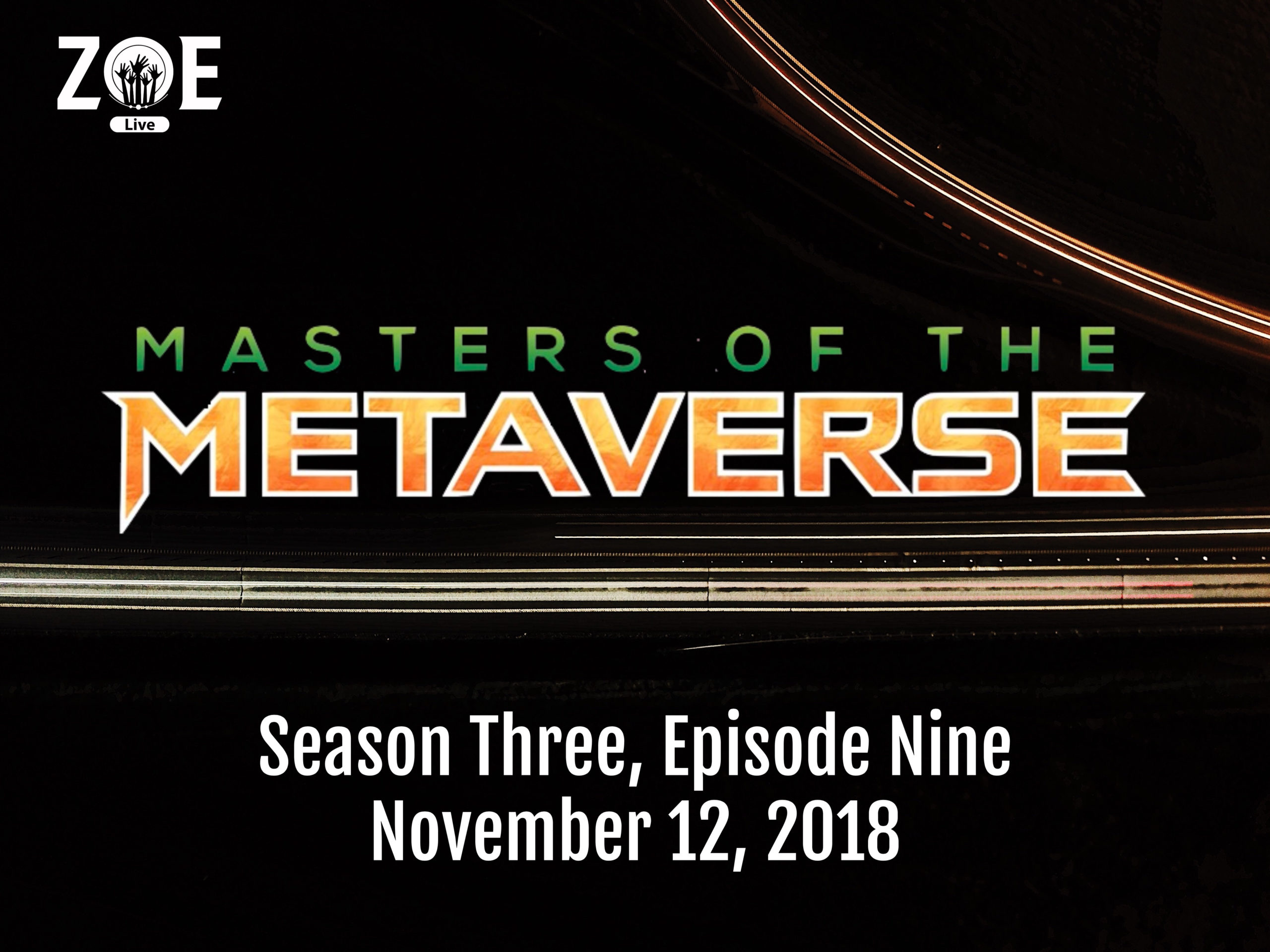 It’s Monday and that means it’s Metaverse Day! Tonight at 6pm PT join us for Masters Of The Metaverse, our original live streamed RPG, exclusively on http://twitch.tv/zombieorpheus!

Last Monday, we rejoined our pilots in New York City as they uncovered more secrets…

Bruno Hamilton races toward New York City…or as close to racing as he gets. He has been told by his anonymous source that the son of his old friend, Colonel Jaxun, is in danger and needs to be rescued. Careening to a stop next to them, Bruno orders Aquamarine and Crash to get into his car. They do so and Bruno heads off, Program assassins in hot pursuit. They are soon joined by Thomas, much to Bruno’s confusion, and the team manages to fight off their attackers through skills that don’t make much sense to Bruno. After switching cars, they have a chance to regroup and Bruno fills them in on what he knows.

He has been sent to retrieve Crash because he was told that the survival of Colonel Jaxun’s son is imperative to the survival of his missing granddaughter…who is also somehow connected to the Metaverse. Once Crash is safe, Bruno is to lead them on a rescue mission to save the “McPhernon boy” from The Program. He also informs them about the existence of multiple Nicks, Project: Metaverse, and the events of the last several weeks (i.e. death, murder, destruction, and Henrich). Further, Bruno has just remembered that the man they saw in the Project: Metaverse facility, the one with the nametag “Henrich”, is the spitting image of the Nick Krieger that he knew in Vietnam. That Nick Krieger was working with Jebediah Lexington, a CIA spook. Bruno was working with Colonel Jaxun, Crash and Tessa’s father, someone who he still believes is alive. Crash is both surprised and excited by this as he had been under the impression that his father was dead, a fact made doubly confusing a few weeks ago when he received word from Tessa that she was going out in search of their father.

Aquamarine and Thomas are very disturbed but the news about Nick and Project: Metaverse but further conversation is put on hold as they reach the area where the “McPhernon boy” is being held. It looks like they are too late, as a convoy of black SUVs is seen leaving the area. Thomas stays behind to check out the surrounding warehouses while the others chase after the retreating vehicles. Inside a warehouse, Thomas finds a note on the back of an old comic book page. “I miss you Maddie…” Thomas returns to the others and relays what he has found. This triggers Aquamarine who remembers that she had a bodyguard by the name of Maddox McPhernon who had a special brother named Mac.

Finally catching up to the convoy, the pilots attack and manage to secure Mac through methods varying from action movie style weapons play to unexpected seduction. Mac is initially frightened of the newcomers but eventually warms up to Crash and Aquamarine. They load into their car and speed off just in time for more Program assassins to swoop in. Fighting off SUVs and helicopters, our team makes it to the border and heads into Canada. There they are lead to a garage with a large Winnebago inside. As Bruno greets Opal and Patric, the others observe that the camper contains Jenika…and metapods.

This week we discover the new avatars of Masters Of The Metaverse and you do not want to miss this! Tune in at 6pm PT on http://twitch.tv/zombieorpheus to see what happens!