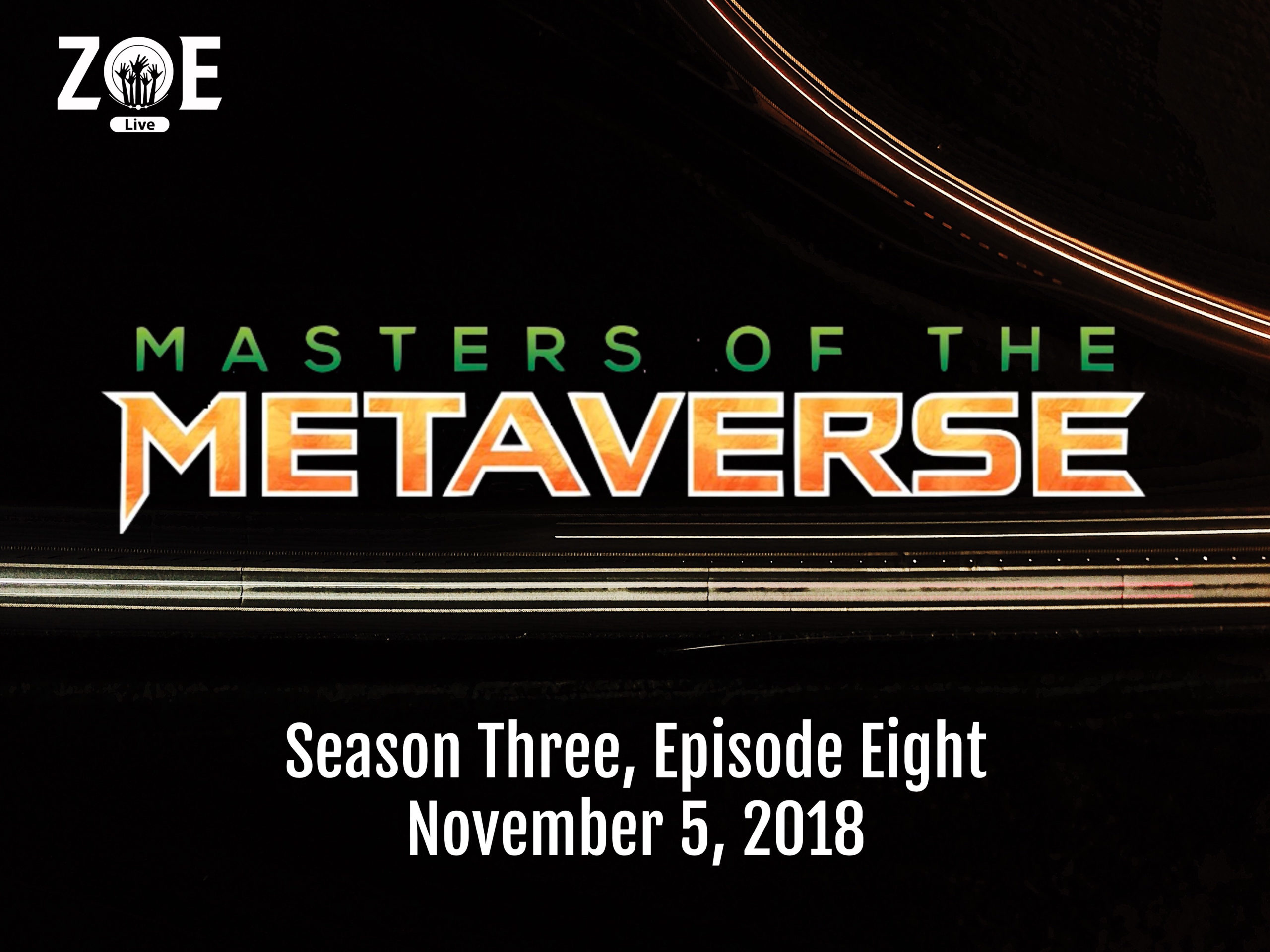 It’s Monday and that means it’s Metaverse Day! Tonight at 6pm PT join us for the return of Masters Of The Metaverse, our original live streamed RPG, exclusively on http://twitch.tv/zombieorpheus!

Last Monday, the latest arc of Project: Metaverse ended in ways no one saw coming…

Jesse James is alone in the dining hall early in the morning when she hears that Robert Ford is making a run for it. Rushing after him, she is confronted by the ghost of her brother Frank. He warns her that she is riding into an ambush and Jesse heads back to town before its too late. The others gather at breakfast waiting for Billi to arrive in order to be off on their treasure hunt. When they go to her room, they find that TOM is no longer sharing an avatar with Andi and that they are now $10,000 richer. It appears that Billi robbed and subsequently destroyed one of the nearby hotels. With enough money to now enter the poker tournament, the crew heads off to Custer’s welcome party. There they meet a few unsavory characters, like a necromancer and J.M. Browning, as well as making peace with others…namely Robert Ford. They also pass on the message from Samuel Clemmons although Custer seems less than impressed. Billi meanwhile is visited by the spirits of her dead friends who lead her to a secret passageway, inlaid with silver, heading down to the basement of the Alamo.

The day of the tournament arrives and the group convenes for a final strategy session. TOM offers several pieces of advice. He notes that Robert Ford is Jesse Jame’s destiny and that she should follow her destiny. Doc Holiday’s job is to get everyone to the poker tournament. Billi needs to get to the basement of the Alamo. Brony is trying to help John Hardin do the right thing and turn his life around. He no longer cares about points, much to TOM’s approval. TOM also notes that the local population is quite strange, leading the others to realize that there is a distinct lack of wildlife…and that everyone in town is a werewolf. Once at the poker game, Doc sits down at the table and is greeted by the ghost of his friend Wyatt Earp. Earp proceeds to help him know when to fold and when to hold as Billi, Jesse, and John attempt to set up some distractions and get into the basement unnoticed. Things proceed as well as can be expected until J.M. Browning tries to gun down the entire room, only to have his guns fire confetti instead. Chaos ensues and the team breaks into the basement. Once there they discover that it is in fact a tomb to Davy Crockett and Kit Bowie, adorned and filled with silver. And it’s a good thing too as the entire upstairs is now filled with werewolves and they’re heading down the steps. The crew makes a valiant effort but they are soon overrun. They manage to take out many of the lesser werewolves as well as George Custer himself, the leader of the pack, but it’s too late. One by one the avatars fall and their pilots go offline. The last thing we see is the devil in the form of Wyatt Earp reaching out a hand to Doc Holiday. “You didn’t think it would be that easy did you Doc?”

This week is the start of a brand new arc of Masters Of The Metaverse and you do not want to miss this! Tune in at 6pm PT on http://twitch.tv/zombieorpheus to see what happens!

Here he is the new trailer too!