ZOE is at GenCon in Indianapolis, Indiana this week. If you are planning on attending the con, please stop by our booth (#100), join us for a screening, attend a Gamers Live performance, or play the Demon Hunters RPG with us. If you cannot attend in person, no worries! We will be livestreaming our Gamers Live shows as well as tons of other official GenCon content. Catch all the action at twitch.tv/zombieorpheus 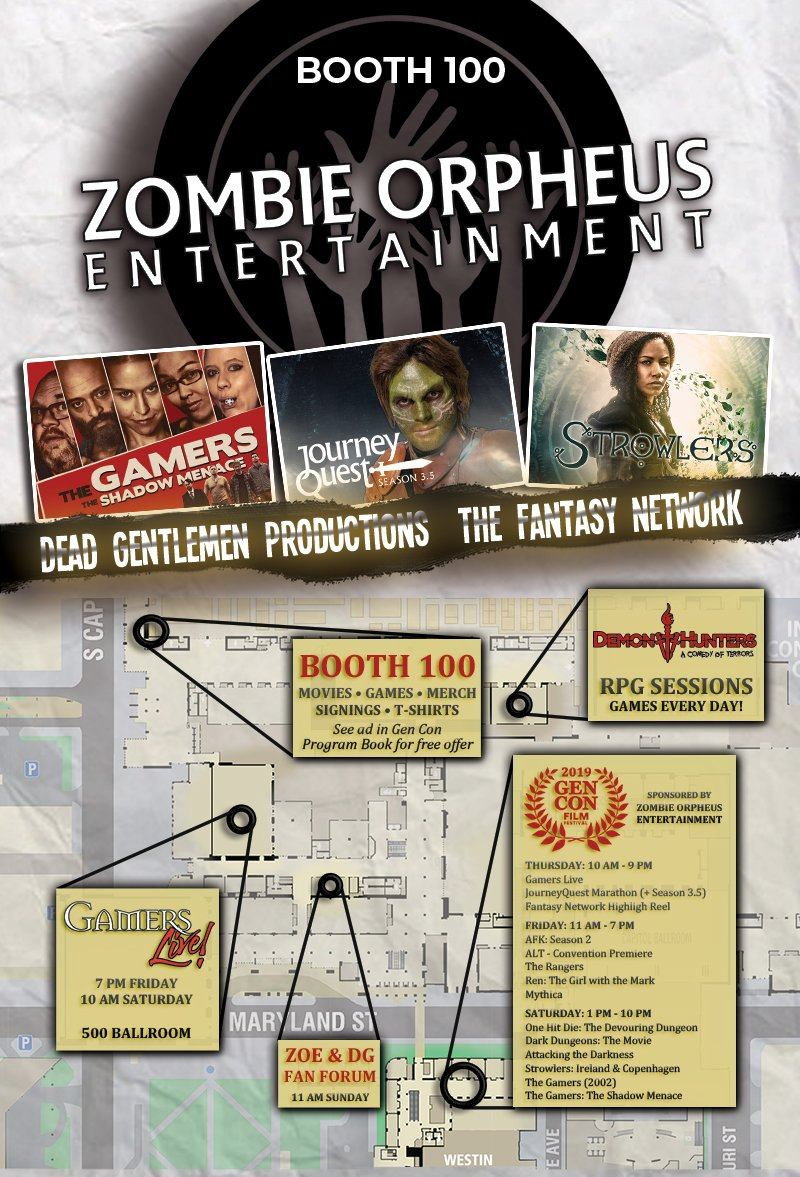 We’re excited to share that the original Strowlers Pilot was selected (with Tabitha: Witch of the Order from TP Productions) as the Opening Night selection for Seattle Transmedia & Independent Film Festival last week!

We’re steadily progressing on Strowlers: A Small Favor & Strowlers: Copenhagen. A preliminary version was released today to Patreon backers now that both projects are through editing, color grading and score. Next up is sound mixing, special effects and opening/closing credits.

Meanwhile, pre-production continues on the second installment of our Strowlers: Amaajii story shooting in Mongolia. Creative Producer Samara Lerman and Executive Producer Ben Dobyns will be traveling to Mongolia for the month of August.  The first two weeks will take them to rural northern Mongolia by horse and reindeer for story development and writing before returning to Ulaanbaatar for production.  We’ll post further updates of our adventures soon (hopefully with some reindeer pictures)!