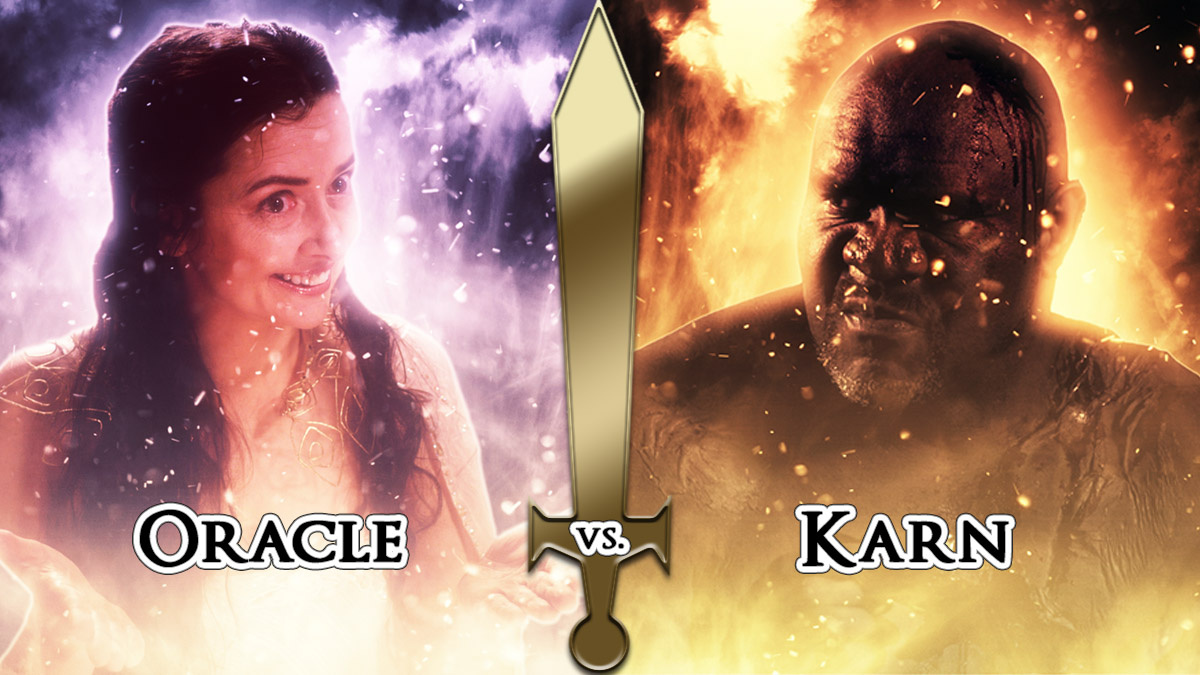 The Oracle squeaked by with a win against Yart in the first round, winning by only 20 votes over all platforms! Now she faces Karn. Will the Oracle see victory in her future or will Karn’s strength overwealm her in the second round? Your votes decide!

Remember to tune in tonight at 6pm Pacific / 9pm Eastern for the second episode of Most Victorious Character! We will have live voting on Facebook and Twitch during the livestream.