It’s Monday and that means it’s Metaverse Day! Tonight at 6pm PT join us for the latest episode of Masters Of The Metaverse, our original live streamed RPG, exclusively on http://twitch.tv/zombieorpheus !

Last Monday, we returned to The Arena and our erstwhile pilots. Deep inside the newly discovered vault, the team uncovers a journal entitled “The End Of Everything: A Life Lived”. It details a great pandemic that swept across America, killing nearly everyone. It speaks of a mysterious “she” who tried to defeat death by creating life unending. Further along they find the remnants of a chapel dedicated to someone or something who looks like they are in swarm form…and then the zombies wake up. Fleeing from the shambling masses, Rosie is bit. The team rushes out to the tram station and powering up the car, escape the vault and its undead horrors. Back outside in tin the wasteland that is The Arena, they are met by a flying scavenger named Tony. He agrees to take them safely to the city on stilts in exchange for George The Slushie Machine. It seems that George is quite valuable to “the ones on high” who seek out such items because they “want to remember”. That night, Rosie locks herself in her cabin and begins committing as much of her knowledge about the metaverse to the journal in case she becomes a zombie, otherwise known as “The Lost”. Her work is interrupted by the arrival of air pirates who attack Tony’s ship. The team meets on the deck to combat the salvo as best they can…which is when Jenika goes into swarm form. Rosie feels a pain in her arm and looks down in time to see a string of nanowasps streak out of her wound and head off toward Jenika. Crash uncovers a pair of rocket boots and uses them to take down the lead ship, causing the rest of the pirates to flee. Jenika re-materializes on the dick as the pursuing swarm of zombie nanos falls to the ground, scattering helplessly along its surface. Tony, the airship pilot, suddenly shudders before breaking into a smile…as Thomas takes control of him.

This week, we are going back inside the dome! Will Butch, Bombshell, and Hex wake up and be able to escape from Migraine’s prison? Will they learn the truth before it’s too late? Make sure you tune in at 6pm PT to find out! 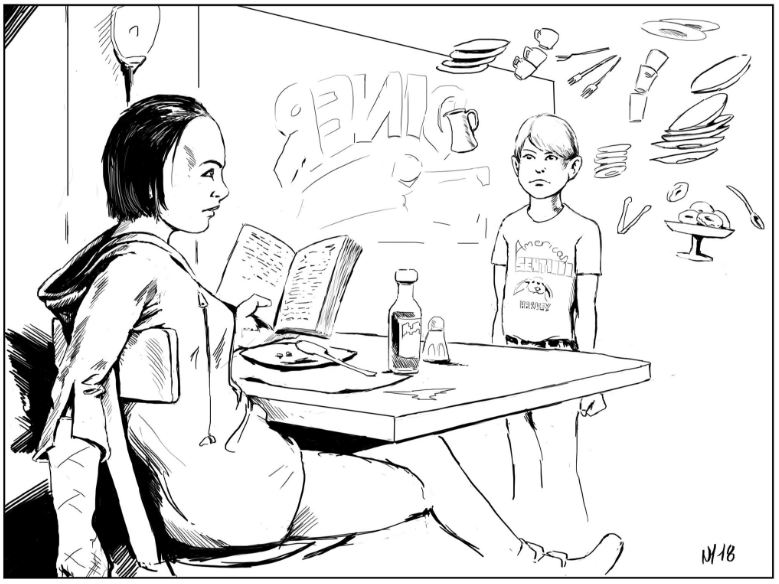 If you feel inspired by Masters Of The Metaverse or any ZOE project, send us your creations! We would love to share them!