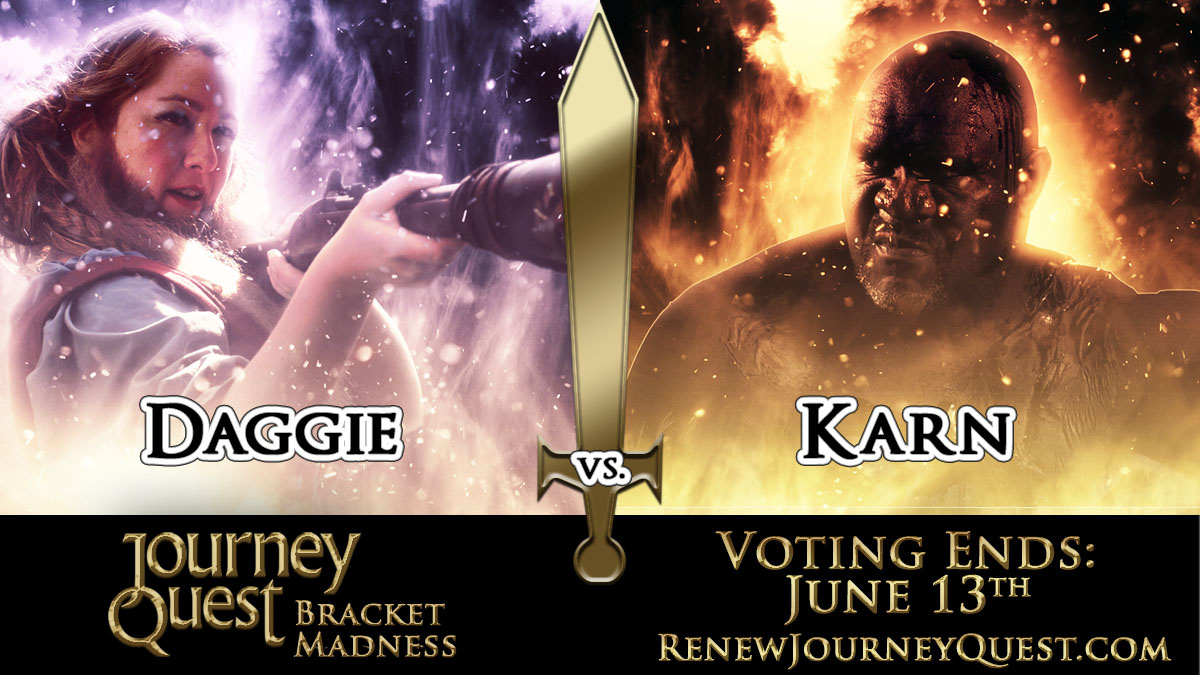 Thank you for your support! We’re starting in on our second week of JourneyQuest’s Most Victorious Character with an epic showdown between Daggie and Karn! Will Dwarvish charm and resourcefulness win the day or will the barbarian king prove too strong? Cast your extra vote here and then add your vote to the polls on Facebook, Twitter and Challonge!

Nara and the Sword of Fighting emerged victorious during yesterday’s livestream and will now go on to the third round.  Missed the livestream? You can watch episode 1 of Most Victorious Character here. 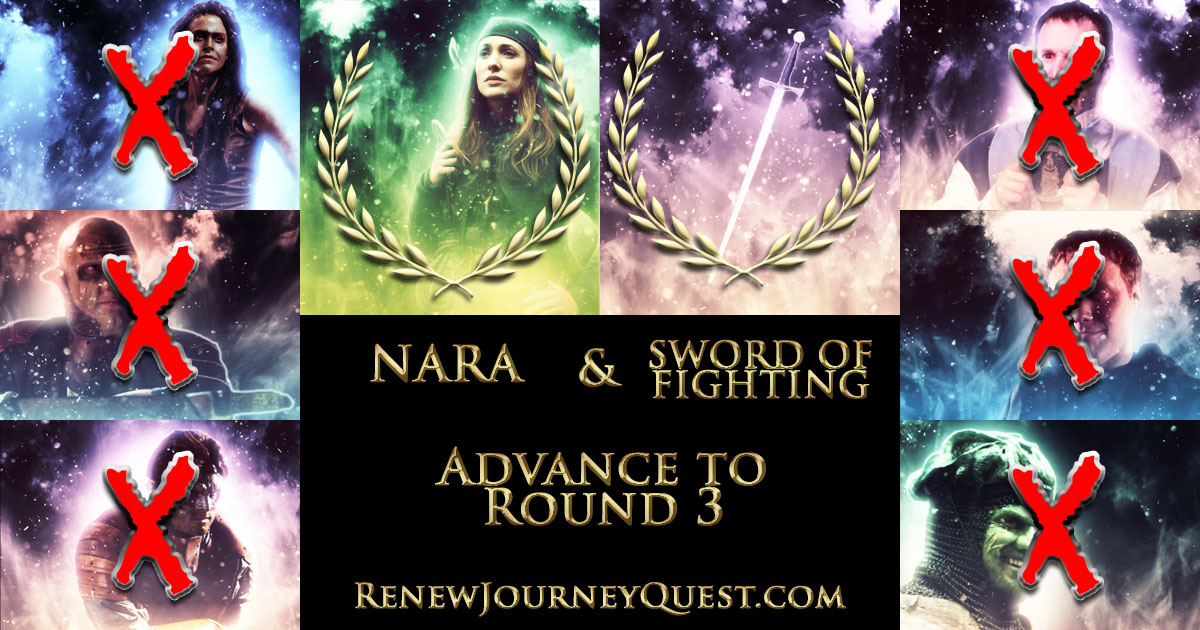