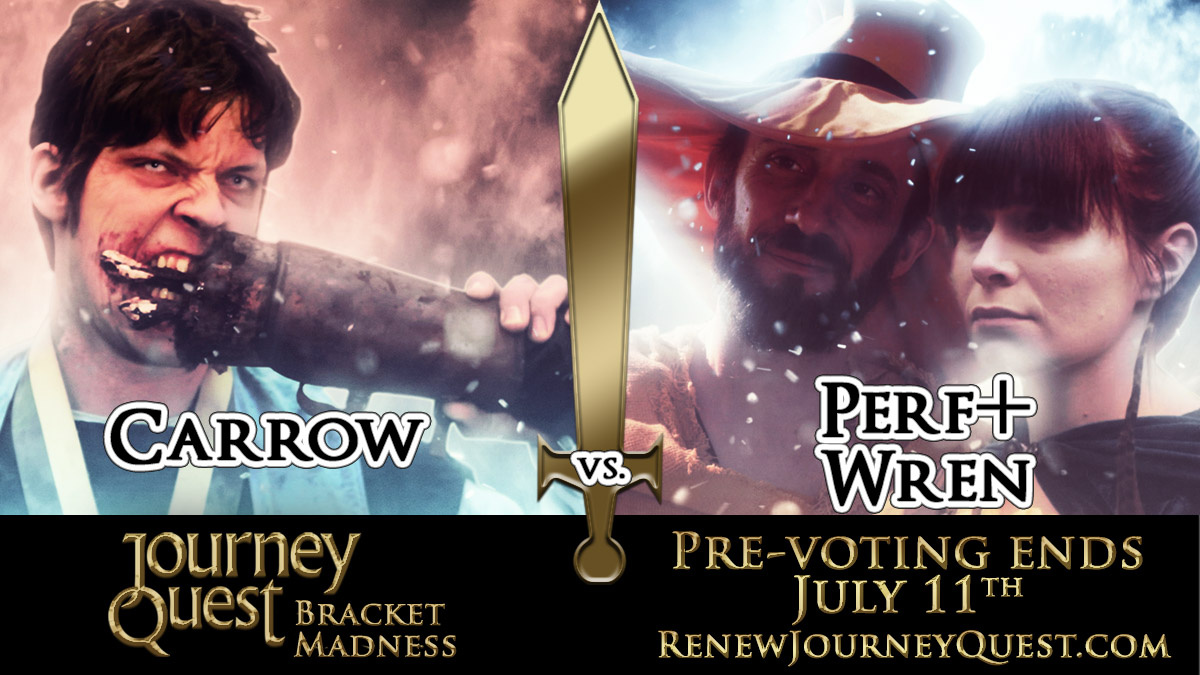 Carrow faces the team-up of Perf + Wren in the next round of Most Victorious Character. Will Carrow tap into his dark powers to overcome Team Wrenley? Or will our dynamic bard and retrocasting wizard have a few tricks up their sleeves?

Vote and be sure to watch all the action on our 7th episode of Most Victorious Character livestreaming Thursday, July 11th at 6PM Pacific/9PM Eastern on Facebook and Twitch.