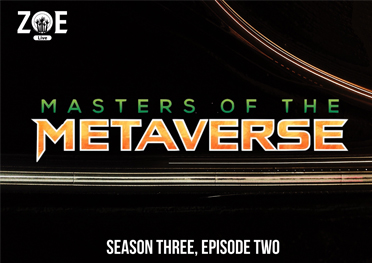 It’s Monday and that means it’s Metaverse Day! Join us tonight at 6PM PT for the latest episode of MASTERS OF THE METAVERSE, our original live streamed RPG exclusively on http://twitch.tv/zombieorpheus!

Last week, we rejoined our team of pilots as they came to terms with their new lot in The Arena. Previously used to worlds with strange avatars to inhabit and new powers to acquire, they were dismayed to learn that they would have to travel as themselves. Trapped in The Arena and hunted by The Program, their original captors (the metapilots) decided to stay on the move. During an evening watch, they were surprised to hear voices and caught a glimpse of a familiar face, a woman by the name of Tessa, before she vanished inside a portal. Their search for Tessa and a means of escape was cut short by an attack by man bats (yes, man sized humanoid bats). Taking one of those creatures captive, the pilots found their way to a strange city on stilts where they also discovered a hidden bunker…inside of which they met George, a sentient Slushie Machine. Who knows what tonight’s episode has in store?